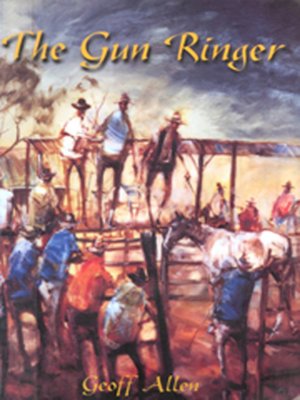 This is a wild, buck-jumping, barroom-brawling kind of book. It sprawls like Australia's cattle stations through the heat, the dust, the flies and the loneliness of the Top End. It carries you into a world of poddy-dodgers and horse-thieves. It introduces you to Old Smokey, King of the Underworld in the Kimberley, Old Soapie's Lulu, Walmajari Susie and the savage spears of the munjons.

Gun ringer is a story of the old frontier where the young ringers rode hard and drank hard. A world where Aboriginal ringers were among the best horse-riders there were. A world where there were few white women and the men based their pride on their work with cattle and horses, their ability to fight and their mateship. their only respite from work was when they went on a bender. In the end many of them succumbed as frail old men to Bosun Rum and a lonely grave.

The Gun Ringer
Copy and paste the code into your website.
New here? Learn how to read digital books for free