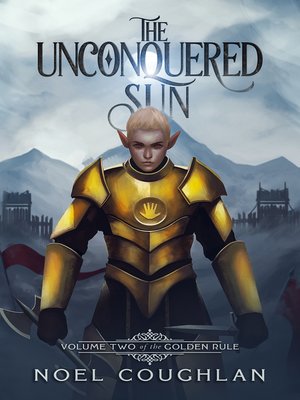 AscendantSun has spilt the blood of his own kind. He has chosen his side. There's no going back.

The burgeoning ambition of his fickle ally, Gascarp Torp, is as deadly as the invaders swarming through the mountains, but AscendantSun still dreams of stemming the invasion. The key is the fort at Cliffringden. If he can capture it, he can feed his allies through the winter and drive back the Harbinger's legions for another year.

As he sets his plan in motion, forces already conspire to turn the fort into a trap. Unbeknownst to him, a terrible, new threat looms beyond the mountains as another of the Harbinger's prophecies comes to fruition. The blood-thirsty god AscendantSun spurned is about to be reborn.

The Unconquered Sun is the second volume of The Golden Rule, a two-part epic fantasy for readers who enjoy unique and intriguing world-building.