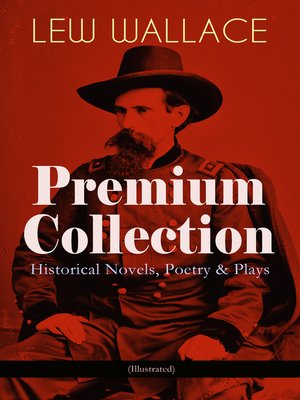 FictionRomanceHistorical Fiction
This carefully crafted ebook: "LEW WALLACE Premium Collection: Historical Novels, Poetry & Plays (Illustrated)" is formatted for your eReader with a functional and detailed table of contents. "Ben-Hur: A Tale of the Christ" describes the adventures of Judah Ben-Hur, Jewish prince from Jerusalem who gets enslaved by the Romans. He is taken to Rome where he becomes a charioteer and a Christian. Running in parallel with Judah's narrative is the unfolding story of Jesus, who comes from the same region and is a similar age. "The Fair God: The Last of the 'Tzins" is a magnificent tale of the conflict between the Spanish Conquistadors and the Aztecs. The Cortez's conquest of Mexico is a central theme and the novel gives an account of the descent of the Aztec Empire. "The Prince of India: Why Constantinople Fell" is a tale of the Fall of Byzantine Empire, seen through the eyes of Indian Prince in service of the Turkish Sultan. "The Wooing of Malkatoon" is a narrative poem about young Othman who explores secrets of love and women. "Commodus" is a historical play about the Roman Emperor Commodus and Maternus, soldier of a daring boldness, who collected bands of robbers into a little army in order to murder Commodus and to ascend the vacant throne. Lew Wallace (1827-1905) was an American lawyer, Union general in the American Civil War, politician, diplomat and author, best known for his historical adventure story, Ben-Hur: A Tale of the Christ, a bestselling novel that has been called "the most influential Christian book of the nineteenth century." He wrote several historical novels and biographies of American generals.
FictionRomanceHistorical Fiction

Lew Wallace Premium Collection
Copy and paste the code into your website.
New here? Learn how to read digital books for free