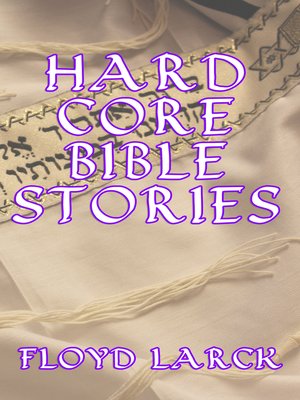 A baker's dozen plus one of popular and not so popular Bible verses with a twist to them. Each Bible story is based upon a Bible verse but includes people, places, and even animals that aren't covered in the Bible as deeply as they are here. Both Old Testament and New Testament books and verses are covered. Some of the stories are short and easy while others are a bit more lengthy. All of them are based on a particular verse, verses, or chapters from the King James Version of the Bible.

My Brother – Am I My Brother's Keeper?
The Twelve Spies – D id they all go through the Promised Land?
The Day the Sun Stood Still – Twenty-four hours to battle.
Ehud Meets The King – Judge , Jury and Executioner.
Jael Aids The Enemy – Death at the hands of a woman.
Elijah Meets the Prophets of Baal – Mocking the followers of Baal.
Queen Esther – For the love of God's chosen people.
Dusty Roads – A weary traveler on the road to death.
Watching Over Each Other – My neighbor's keeper.
For The Love of Money – Greed and it's rewards.
Here Is Water – Evangelizing the lost.
Death Among Friends – Legalism in the church.
I'm A Believer Now – A changed attitude, a changed man.
Writing From The Isle – The last years are the best years.