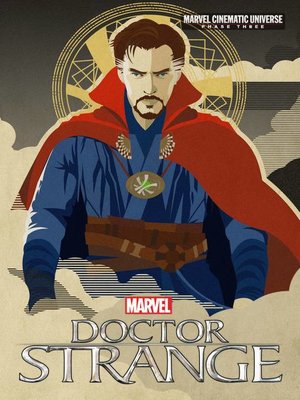 View more libraries...
An exciting and mystical middle grade novel based on the movie Marvel's Doctor Strange!
Prepare to enter the supernatural world of the mystic arts!
Marvel's Doctor Strange follows the story of the talented neurosurgeon Doctor Stephen Strange who, after a tragic car accident, must put ego aside and learn the secrets of a hidden world of mysticism and alternate dimensions. Based in New York City's Greenwich Village, Doctor Strange must act as an intermediary between the real world and what lies beyond, utilizing a vast array of metaphysical abilities and artifacts to protect the Marvel Cinematic Universe.
Acclaimed actor Benedict Cumberbatch (The Imitation Game, the BBC's Sherlock) will star as Doctor Stephen Strange. The cast also includes Chiwetel Ejiofor as Karl Mordo, Tilda Swinton as the Ancient One, and Rachel McAdams.