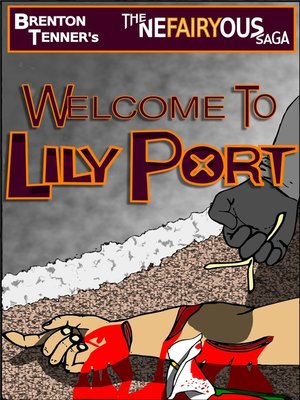 FictionMysteryThriller
A single event can change the lives of so many people forever. For Lincoln Holchester, his friends and family, this event was the kidnapping and brutal murder of his sons. Unfortunately for him, this was only the beginning of his torment, however, as the perpetrator of this crime was revealed to be the most prolific serial killer of modern times - the infamous Wishbone killer. Wishbone continues to torture Lincoln to this day, but the grieving father fights back by forming a team of consultant detectives whose sole purpose is to hunt down the monstrous murderer. With the help of his best friend, Dean "Ung" Skarsgard, former police detective Ridley Skarsgard and technical genius Harry Romstein, Lincoln will stop at nothing to bring Wishbone to justice.Our story begins after years of Wishbone being inactive. The FBI have been called to a small, picturesque town, Lily Port, where a series of murders that match the modus operandi of the dormant killer have been committed. Lincoln and his team are brought onto the case to help find the killer and bring an end to his latest killing spree. However, in order to do so, the team will need to embark on an adventure that will uncover the secrets of the mysterious town of Lily Port and its peculiar inhabitants. To catch their prey, they will need to uncover his origin and connection to this mysterious town. Will they finally manage to do so or will the hunters become the hunted in this dark game of cat and mouse?"Welcome to Lily Port" is the first in a series of fictional short stories each of which is part of "the Nefairyous Saga". This is a collection of dark "fairy tales" that together form an epic saga that introduces interesting characters and gripping story-lines that will keep readers guessing at every turn. Be sure to look out for more information on the other stories in this series in the final pages of this book.
FictionMysteryThriller

I am a devoted husband and father and a life-long geek. My passions and hobbies range from video games, series and movies to reading and software development. My goal was always to become a video game developer but that dream got lost somewhere al...

More about Brenton Tenner
Welcome to Lily Port
Copy and paste the code into your website.
New here? Learn how to read digital books for free