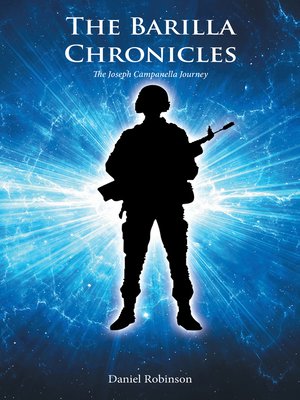 Joseph Campanella had trained several months for a mission that, once the details were revealed, seemed beyond any reasonable chances of success. But here he was about to take a leap of faith to accomplish a destiny that history, as it was written, said he would fulfill. The noise outside the chamber where he stood was now at an ear shattering pitch as the results of five years of scientific research were now operating at full capacity. Equipment was banging, shrieking, and churning at a fevered level ? yet inside the chamber Joseph Campanella heard little. The six-inch Plexiglas shield and surrounding transport portal equipment had silenced most of the clamor. What noise still filtering its way in was erased by his incredible mental ability to silence the outside world when needed. He realized that his heartbeat was elevated and his breathing slightly labored, so he used his training and began to meditate himself into a calmer state. Just as he was about to close his eyes a flash of movement caught his attention in the control room above. At that moment Kurt Schultz knew he was about to change the world, past, present, and future. He bounded down the steps toward the glass viewing area stopping just short of plowing into the structure. He steadied himself, smiled at Campanella with a victorious beaming grin, and then a flash of brilliant light consumed the control room?