Good Lil' Boys and Girls from the Sooner State of Oklahoma 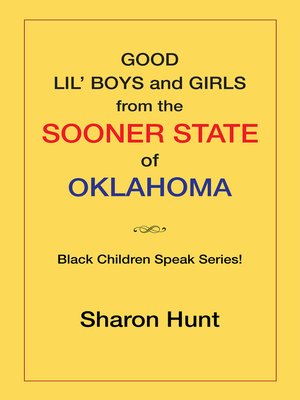 The book is one of twelve books of the Black Slave Children Speak Series. The books are compiled of the interviews taken from slaves by the interviewers of the Federal Writers? Project of the Works Progress Administration (WPA) in 1936?1938. Most of the ex-slaves giving the interviews were children during slavery and gave interviews of their experiences and insights about living on plantations. The ex-slaves answered questions on all aspects of the plantations in seventeen states of the United States before the Civil War. African Americans were freed from slavery after the civil war in 1865. The series is dedicated to all people of the world. Also, included are sections on inventions and food for thought, which has 'A Scripture Cake for Good L'il Boys and Girls.?