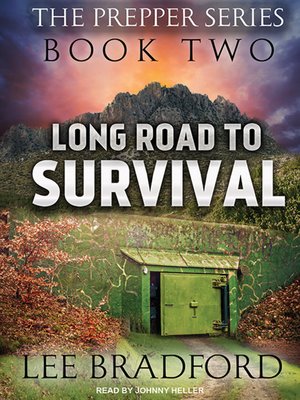 FictionLiteratureScience FictionThriller
America continues to teeter on the brink of collapse after terrorists detonate black-market nukes from container ships. With deadly clouds of radiation swooping in from the wasteland of American port cities, Paul Edwards and his father-in-law, Buck, seek shelter in a spectacular government bunker, the likes of which has never been seen. They've succeeded in finding safety from the dangers outside, but in a world without rules, trust can be a deadly thing.
FictionLiteratureScience FictionThriller

As William H. Weber, Lee Bradford has penned the Last Stand series, including the novels Surviving America's Collapse, Patriots, and Warlords. He is also the author of the Prepper series.

William H. Weber is the author of the Last Stand series, including the novels Surviving America's Collapse, Patriots, and Warlords, as well as the Prepper series.