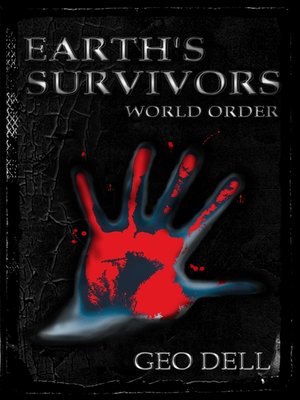 The Nation is growing and needs protection from the dead...
...
"So... Bear and the Outrunners. This is probably the important thing before the public meeting. I like him. I think he's level headed. He sees what we need and he's willing to do it," Mike said.
"And what is it we need?" Steve Choi asked.
"Protection," Candace tossed out.
"Weapons too," Ronnie added.
"And we need to be able to trust that person. That's our safety net, what allows us to have this, that knowledge that there is a barrier between us and them."
"Them... You talk about them as though they were still living ... things. Still living things, Michael." Janet added.
"They are... They are not stupid dead ... things wandering around. The ones I have run into, the ones I have seen, are thinking things out. I don't even think that it's smart to think of them as Zombies at all... Un-dead, but not zombies. Zombie makes me think dumb, and they are not dumb. I have seen that. So have quite a few others." Mike said quietly.
"So how do Bear and ... Who else? How do they help us?" Bob asked.
"Bear... Billy Jingo, young guy came in with him, and Billy's woman Pearl... Three to start... They asked for another one down the road, but that is the start." Mike said.
"So, well, what exactly do they do?" Steve Choi asked.
"They will do the same thing we have been doing. Supply runs. Ammunition runs, weapons... And a few other things that are the business of this council and no one else... Not public knowledge," Ronnie said.
Steve raised his eyebrows.
"Has to be that way, Steve. We can't have people telling us how to protect ourselves. We need to be able to do what we need to do. If they find dead they kill them. Weapons, they bring them back. And we may not want everybody to know what we have weapons wise," Mike said.
"And we thing we know where this plague came from," Candace added.,
Silence descended.
"You're serious?" Steve asked.
Candace nodded. "There is a secret military base under the city we came from. Mike, Patty and Ronnie," She looked at Bob and Janet who both nodded. "Bob and Jan too. We saw planes going over the day after this whole thing happened. Not the dead rising, I mean the Earth going all haywire. They sprayed us down, and a few days later the dead are rising."
"Kind of farfetched to make a leap that it would be connected and that that connection is right there, secret base or not." Steve said quietly.
"Not really. There were things in the paper. Whispers. And Bear said planes overflew the City, Manhattan. Came from the northwest and that's us in that direction. Maybe it is thin, but it is also plausible and there is a base there," Mike said.
"We have to start somewhere, Steve. A base that large would have had to know something about what was going on... "