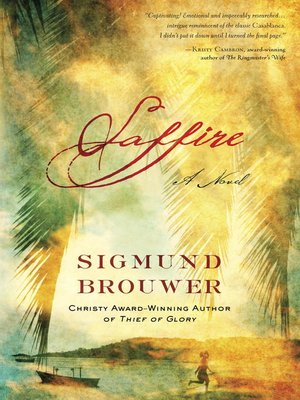 FictionRomanceChristian FictionHistorical Fiction
I reminded myself that once you start to defend someone, it's difficult to find a place to stop. But I went ahead and took that first step anyway. . .

For President Teddy Roosevelt, controlling the east-west passage between two oceans mattered so much that he orchestrated a revolution to control it. His command was to 'let the dirt fly' and for years, the American Zone of the Panama Canal mesmerized the world, working in uneasy co-existence with the Panamanian aristocrats.
It's in this buffered Zone where, in 1909, James Holt begins to protect a defenseless girl named Saffire, expecting a short and simple search for her mother. Instead it draws him away from safety, into a land haunted by a history of pirates, gold runners, and plantation owners, all leaving behind ghosts of their interwoven desires sins and ambitions, ghosts that create the web of deceit and intrigue of a new generation of revolutionary politics. It will also bring him together with a woman who will change his course—or bring an end to it.

A love story set within a historical mystery, Saffire brings to life the most impressive-and embattled- engineering achievement of the twentieth-century.
From the Trade Paperback edition.
FictionRomanceChristian FictionHistorical Fiction

The best-selling author of the multi-award-winning World War II novel Thief of Glory, Sigmund Brouwer has written nineteen novels and has more than three million books in print. Through his Rock & Roll Literacy Show, he leads writing workshops to ...

More about Sigmund Brouwer
Saffire
Copy and paste the code into your website.
New here? Learn how to read digital books for free