Power and the Idealists

ebook ∣ Or, the Passion of Joschka Fischer and Its Aftermath 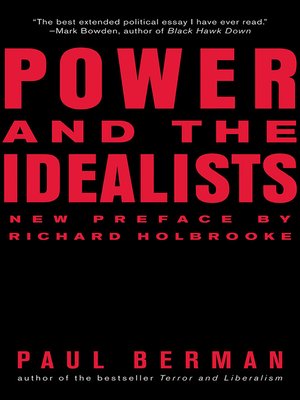 The author of the best-selling Terror and Liberalism on the rise to power of the generation of 1968.

The student uprisings of 1968 erupted not only in America but also across Europe, expressing a distinct generational attitude about politics, the corrupt nature of democratic capitalism, and the evil of military interventions. Yet, thirty-five years later, many in that radical generation had come into conventional positions of power: among them Bill Clinton (who reportedly stayed up all night reading this book) and Joschka Fischer, foreign minister of Germany. During a 1970s street protest, Fischer was photographed beating a cop to the ground; during the 1990s, he was supporting Clinton in a NATO-led military intervention in the Balkans.

Here Paul Berman, "one of America's best exponents of recent intellectual history" (The Economist), masterfully traces the intellectual and moral evolution of an impassioned generation—and gives an acute analysis of what it means to go to war in the name of democracy and human rights.