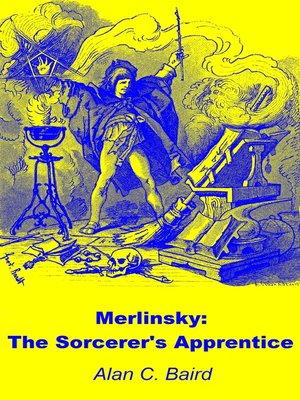 FictionRomance
Synopsis: The endless hordes of Hollywood tourists in the late 1940's are easy marks for a con-man magician like Harry Merlinsky. He knows how to sucker the rubes and flash the ol' hamster-outta-the-fedora every now and then, to baffle 'em and dazzle 'em. But he didn't expect a naive fan like Jake, who wants to learn Harry's Old Knowledge - "real" magic. Harry's archenemy obliterates Jake's girlfriend, forcing Jake to become a wizard, just to stay alive. Will Jake use his newfound powers for vengeance? The timeless myth of the Sorcerer's Apprentice unfolds against the backdrop of the Magic Castle and the Hollywoodland sign.Lineage: 12th-century folklore myths begat The Sorcerer's Apprentice by Johann Wolfgang von Goethe, which begat a tone poem by composer Paul Dukás, which begat Disney's Fantasia, which inspired Merlinsky, a magical action-adventure. [Completed before the Nicolas Cage film was released.]Quarterfinalist in these competitions: American Zoetrope, Writers Network.
FictionRomance

Alan C. Baird enjoys referring to himself in the third person. Born down east, he now lives just a stone's throw from Phoenix... which is fine and dandy, until the stones are thrown back. Bibliography: http://amazon.com/author/acb Filmography: htt...

More about Alan C. Baird
Merlinsky
Copy and paste the code into your website.
New here? Learn how to read digital books for free