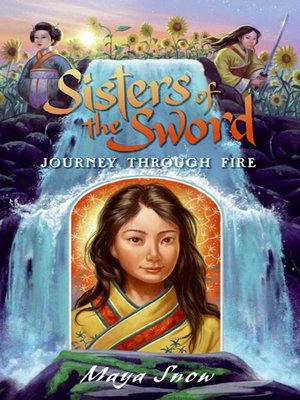 Sisters of the Sword

Sometimes a samurai's most dangerous opponent is herself.

Ever since their father's murder, Kimi and Hana have honed their fighting skills and prepared for vengeance against their vicious uncle Hidehira. They have become true warriors with the hearts of samurai.

Now their fight has become more than just a personal vendetta. As Hidehira's quest for power continues, he is destroying the province and is poised to invade the rest of the kingdom. After both girls are nearly killed in a fire while fighting their uncle's soldiers, their mother insists on attempting to enlist the support of the Shogun.

But at the Shogun's court, the sisters are torn apart by their differences, especially when they rediscover an old friend with a shrouded past. Danger lurks in the most elegant circumstances—behind the smiling face of an aristocrat as well as behind the mask of a ninja—and true peril awaits the sisters where they least expect it. . . .

Sisters of the Sword