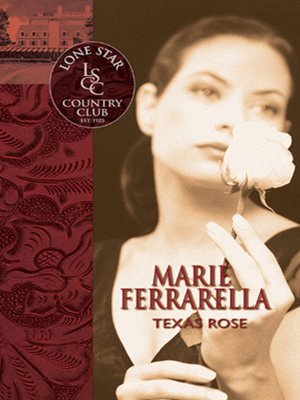 Matt Carson was livid when Rose Wainwright inexplicably broke off their clandestine love affair and skipped town. Because of the longtime Carson-Wainwright family feud, he'd known that there would be Texas-size trouble if their secret tryst came to light. Apparently it had, because Rose's tyrannical daddy was on the warpath and Matt's beloved was on the lam. Driven by a code of honor—and unquenched desire—Matt traded in his saddle for a subway pass to reclaim his scandalized lady amid the bright lights of the Big Apple. But would his chivalrous crusade withstand a life-altering revelation...and their hell-raising families?

Texas Rose
Copy and paste the code into your website.
New here? Learn how to read digital books for free