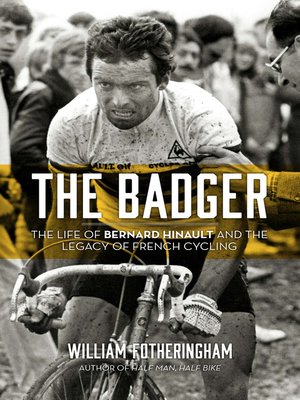 Bernard Hinault is one of the greatest cyclists of all time. He is a five-time winner of the Tour de France and the only man to have won each of the Grand Tours on more than one occasion. Three decades after his retirement, Hinault remains the last Frenchman to win the Tour de France and his victory in 1985 marks the turning point for a nation who had dominated the first eight decades of the race they had invented. In this biography, bestselling author William Fotheringham details how Hinault, nicknamed the "Badger" for his combative style, was the last old-school champion: a larger-than-life personality from a working-class background, capable of winning on all terrains, in major tours, and one-day classics. A full portrait of this fascinating character, The Badger also explores the reasons why France, the nation that considers itself cycling's home, has found it so hard to produce another champion.