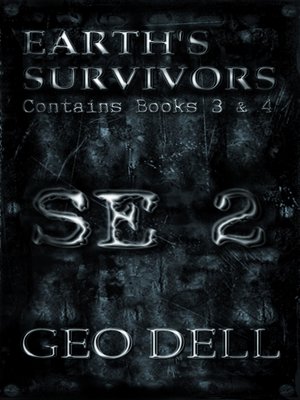 FantasyFictionLiterature
Earth's Survivors SE 2 includes the complete text from books three and four. It also contains a complete major character bibliography and other bonus material.This part of the story really concentrates on the formation of The Nation and the people who will build it and carry it forward, but it also brings along the side story of The Fold and the people who will build that haven. It gives a more complete picture of Adam and Cammy, and picks up the Tale of Billy and Beth, Mike and Candace, and Conner and Katie as they work to sort out their lives.The Earth's Survivors books follow survivors of a worldwide catastrophe. A meteorite that was supposed to miss the earth completely, hits and becomes the cap to a series of events that destroy the world as we know it. The Earth's Survivors series of books follow the people that survive and set out to rebuild their lives. At first hoping only to make it day by day, but ultimately looking to the future and rebuilding a society where fear does not rule...Billy and Beth: They have reached Manhattan and have settled in a small camp with those they gathered up on their trip across the country. They are waiting, but for what they do not know.Adam and Cammy: They have made their way as best they can in the city, but the spread of disease and the rise of gang control has left them no alternative but to leave: Before they go they will have to deal with a loss of one of their ownConner and Katie: They have fought their way across the eastern part of the country and now into the middle of the country looking for a place to call home. A place to set up the Nation.Mike and Candace: They have made their way back to the small northern New York city of Watertown, but there is nothing left there for them. As they regather their strength they must decide what is next, where they will go.
FantasyFictionLiterature

I am a published author of three series, The Zombie Plagues, Genesis Earth and Guitar Works. I am a guitarist and a luthier. I have authored Guitar Repair books as well as novels and mainline fiction. And I have built several guitars for myself as...

More about Geo Dell
Earth's Survivors SE 2
Copy and paste the code into your website.
New here? Learn how to read digital books for free