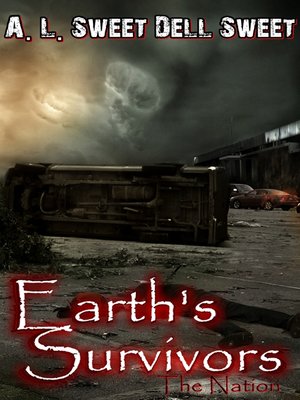 The survivors are on the road looking for a place to begin again...
Mike awoke before dawn. He lay quietly, feeling the heat from Candace's body where it pressed up against his, and thinking about what the future might be.
The first thing he had thought was that whatever had happened to the world would be made right. That somewhere there was someone still in charge, and eventually that person would get everything back on track. The world would be fun again. Television, phones, electricity, the Internet, the mortgage on his house, all of it. That turned out to be a pipe dream. The whole idea had dissipated quickly. Even so, when they had finally started out, he had held out some hope, and they hadn't come far, but Jeff and his people had, and it was the same everywhere. There was no man sitting in an office somewhere waiting to get everything back in shape, and if there was, he would have to be a complete idiot, because he'd be waiting an awfully long time.
The dead woman Jeff had told him about bothered him a great deal. He had remembered a day he had gone out, after things had fallen apart. He had heard airplanes in the night. In the morning, there was some sort of blue liquid they had sprayed all over the city. He had wondered about that. Why? What was it? And the bodies in the market... Had it been dogs? Had it been dogs that had been... eating them? There was no nice way to look at it, or put it.
If Jeff was crazy... But he wasn't. He seemed as sane as any of them did. No. He couldn't write it off to crazy or not crazy. He obviously believed what he saw. He had to mark it down to... To what? He asked himself. To...
Candace stirred and pressed closer to him, and then settled back down. Gray light began to creep into the room. He could see the outline of her body.
The movement, the light seeping into the room, sent his thoughts along an entirely different line.
For the last two days he had found himself thinking in an entirely new direction. All the old shit is gone, and that's okay. He didn't care at all if he never saw electricity again. In fact, he'd rather not have it, and even if there was a way to fix it all, he didn't want to go back. He was positive, in fact, that they couldn't go back, none of them, was positive he wouldn't be able to live that way again, when less than a month ago his entire life, his entire focus, was wrapped up in the old way. Hadn't he been watching the countdown show for the end of the world? Reality TV every night? The big party for the end of the world? And really, that had simply been a joke.
Nobody, at least most people, didn't believe the world was going anywhere. It was just another thing to occupy the head. Even the terminology, World Ending, was bullshit. The world did not end. We think so highly of ourselves that we believe that the end of society means the end of the world, and I guess it did for us... some of us. But the end of the world? No. The world will go on and on when we are nothing at all but dust upon the ground.
Now it really was gone, and not only didn't he miss it, he didn't want it to come back. He didn't want to chase across half of what had been the United States looking for some semblance of the old world. His mind was at rest; he was happy. He allowed one hand to stroke the length of Candace's body. Very happy, he decided. Candace stirred again. One of her own hands came down his side, across his abdomen, searching.