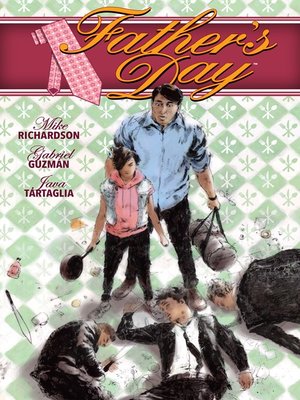 View more libraries...
Once a feared Chicago mob enforcer, Silas Smith has gone underground and found peace in seclusion. . . until his estranged daughter shows up on his doorstep with a major axe to grind. And though Silas abandoned his violent past, his former bosses are now on his trail with swcores to settle, intent on teaching Silas that crime doesn't play!

From Mike Richardson, creator of The Mask and TimeCop, Father's Day is a white-knuckle crime thriller loaded with action, laughs, and heart.