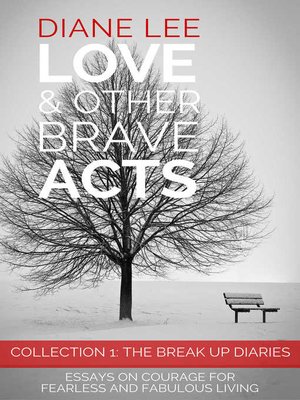 The Break Up Diaries · Love & Other Brave Acts

Family & RelationshipsNonfiction
When a break up is the bravest decision you'll ever have to make...In June 2006, Diane Lee ended her relationship with a man she adored. He was a man she wanted to marry, a man she wanted to have children with, a man she wanted to grow old with. She loved him with all her heart.So why break up a relationship that was so full of promise?The first book in the Love & Other Brave Acts series documents the unravelling of Diane's relationship with the man she adores, and her struggle to salvage her life from the rubble.As she bravely attempts to pick up the pieces of her broken heart in the chaotic aftermath, Diane is forced to come to terms with the fact that her future is very different from the one she envisaged and was promised...This is a brave, unflinching—and ultimately inspiring—book about courage in the face of devastating heartbreak.
Family & RelationshipsNonfiction

Diane Lee is the author of the Love & Other Stuff series and Queen Bee at Delicious Publishing. A former English teacher, she now works part-time in corporate learning and development. Diane has a Master of Arts in a Communication Management and h...

More about Diane Lee
Collection 1
Copy and paste the code into your website.
New here? Learn how to read digital books for free