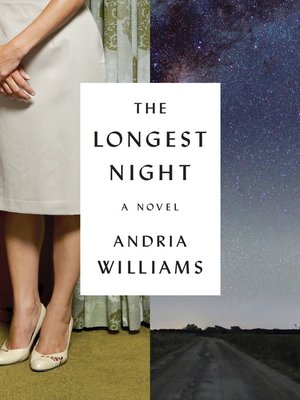 View more libraries...
A scintillating debut novel about a young couple whose marriage is tested when they move to an army base rife with love triangles, life-or-death conflicts, and a dramatic cover-up
In 1959, Nat Collier moves with her husband, Paul, and their two young daughters to Idaho Falls, a remote military town. An Army Specialist, Paul is stationed there to help oversee one of the country’s first nuclear reactors—an assignment that seems full of opportunity.
Then, on his rounds, Paul discovers that the reactor is compromised, placing his family and the entire community in danger. Worse, his superiors set out to cover up the problem rather than fix it. Paul can’t bring himself to tell Nat the truth, but his lies only widen a growing gulf between them.
Lonely and restless, Nat is having trouble adjusting to their new life. She struggles to fit into her role as a housewife and longs for a real friend. When she meets a rancher, Esrom, she finds herself drawn to him, comforted by his kindness and company. But as rumors spread, the secrets between Nat and Paul build and threaten to reach a breaking point.
Based on a true story of the only fatal nuclear accident to occur in America, The Longest Night is a deeply moving novel that explores the intricate makeup of a marriage, the shifting nature of trust, and the ways we try to protect the ones we love.
Praise for The Longest Night
“[A] stunning debut.”—Entertainment Weekly

“[A] smart and detailed portrait of a dissolving postwar marriage . . . will remind many readers of Richard Yates’s Revolutionary Road.”—San Francisco Chronicle

“[Andria] Williams’s quietly confident style is without swagger or gimmick. . . . What emerges most powerfully from The Longest Night is a kind of quiet wonder at the exquisite intricacy, but astonishing durability, of familial love.”—Los Angeles Review of Books
“Think Army Wives meets Serial meets your perfect long weekend read. About an army base with a lot of love triangles, and a cover-up.”—theSkimm
“The tension builds heavily with each page.”—InStyle

“Scintillating . . . A smoldering, altogether impressive debut that probes the social and emotional strains on military families in a fresh and insightful way.”—Kirkus Reviews (starred review)
“[A] luminous debut . . . Williams expertly builds tension between Paul and Nat as the story progresses towards the inevitable nuclear tragedy in this utterly absorbing and richly rewarding novel.”—Booklist (starred review)

“Andria Williams’s debut is an intimately detailed portrait of love, trust, and guilt in a town—and an era—clouded with secrets.”—Celeste Ng, author of Everything I Never Told You
“A smart and compassionate novel that offers as many fresh insights into marriage and intimacy as it does about American nuclear history. Andria Williams is a terrific writer—clear-eyed and empathetic—and this is a fantastic debut.”—Molly Antopol, author of The UnAmericans