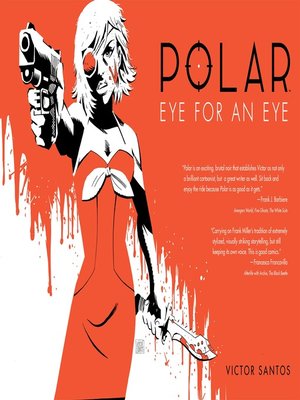 View more libraries...
Left adrift in arctic waters with a gunshot wound to the head, adrift in arctic waters, Christy White was rescued from an icy death by a mysterious man. She craved retribution, and he taught her how to get it—how to make sense of her past and how to kill. They tried to freeze her out, but they should have finished the job, because now she's back with a vengeance!
Collecting the second year of the bloody and beautiful silent webcomic by Victor Santos (The Mice Templar, Furious), this rage-fueled revenge story features new noir dialogue crafted by Santos for this edition.