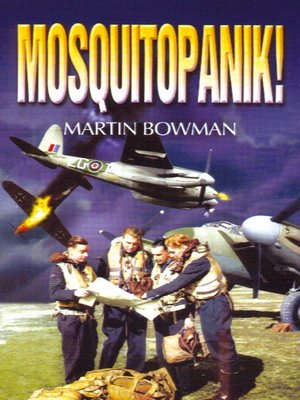 View more libraries...
Of all the planes that flew in WW2, the 'Wooden Wonder' the two-engined Mosquito, or Mossie as it was affectionately called, was truly the most versatile and feared by the Germans. Fast and manoeuvrable, the Mossie was just as at home in the pathfinder role as she was as a fighter interceptor, particularly of V1s, as a night-fighter, low level bomber.
Mosquitopanik tells of the hugely successful war career of this much loved aeroplane that caught the public's and its pilots' imagination. Here we have gripping tales of action in the air thanks to the most meticulous research by a true enthusiast.