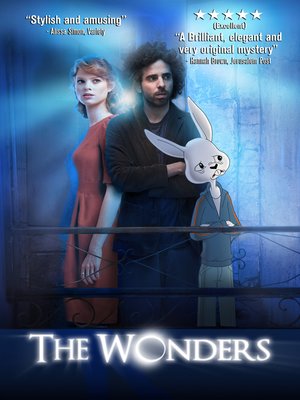 Inspired by a true story, Avi Nesher's The Wonders combines genres, moods and influences – everything from film noir to Alice in Wonderland – to create a unique and compelling movie that mixes mystery, comedy, psychological thriller, political intrigue and romance. The story focuses on Arnav, a graffiti artist and bartender, who lives near the Old City of Jerusalem. Wearing a mask, he paints walls at night and hopes that Vax, his former girlfriend who recently "found religion," will come back to him. But when Arnav sees a mysterious stranger forced into an abandoned apartment across the way by three bearded men, he becomes involved with a hard-boiled investigator, a gorgeous mystery woman, and the conflicted, mysterious captive himself.