One Damn Thing After Another 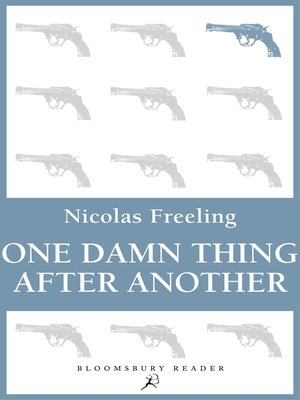 Since setting up shop in Strasbourg with her new husband, Arlette, widow to the notorious Van der Valk, has garnered something of a name for herself. Getting shot at, kidnapped and blackmailed seem to have simply become a part of daily life. Being taken under the wing of the local police commissioner has come in handy—especially when it came to the gun license—but being connected to the police can be dangerous.

When Arlette returns from a relaxing holiday, she finds that her cases have not stalled in her absence, but piled up one on top of the other. Dealing with the different issues of her clients is one thing, but when one particularly nasty case arises, Arlette must decide if she will break the police commissioner's cardinal rule, and stick her nose into police business.

One Damn Thing After Another, first published in 1981, sees Arlette plunging into danger, and acting the part of a private eye once again.

Fiction Thriller
One Damn Thing After Another
New here? Learn how to read digital books for free