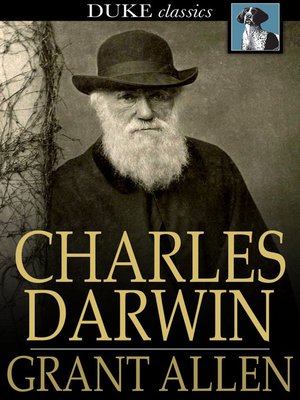 After a career in the academy, Canadian-born Grant Allen struck out on his own to make his name as a writer. His early focus was on scientific topics, though he later expanded into fiction, as well. Allen was an early proponent of Darwin's theory of evolution and helped to popularize the idea through his writing. His biography Charles Darwin is an engaging and comprehensive look at the scientist's life and work.

Charles Darwin
Copy and paste the code into your website.
New here? Learn how to read digital books for free