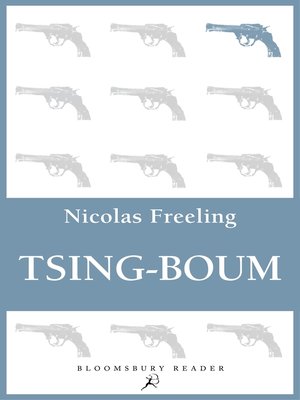 Van der Valk is intrigued. It isn't everyday that a quiet housewife is machine gunned down at lunchtime in a block of flats. But the body isn't discovered until hours later, and by that time, the killer's trail is already getting cold. Van der Valk is left with more than one problem posed by the death of Esther Marx. For not only does she leave behind her a tide of mystery, but also a young daughter, in desperate need of care. Taking little Ruth into his home brings Van der Valk and his wife closer to the enigma of Esther, and even more determined to discover her killer.

But there is more to Ester Marx's story than meets the eye. Unravelling her secrets will take Van der Valk on a journey into Esther's hidden past, revealing her to be anything but a simple, innocent, defenceless woman.

First published in 1969, Tsing-Boum is a classic of the murder mystery genre.