The Ninth Vibration & Other Stories 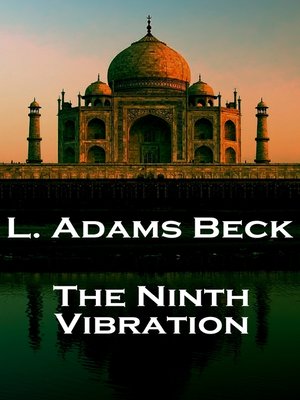 L. Adams Beck is actually a British born novelist who became a best selling Canadian female fantast writer. Born Elizabeth Louisa Moresby on January 3rd 1862 she travelled widely throughout Egypt and then the East; India, China, Tibet and Japan. By 1919, and approaching sixty, she had settled in Victoria, British Columbia. She had begun to write a few year earlier being published in The Atlantic Monthly and the Japanese periodical Gassho. Her novels and stories almost always have an Oriental theme. She was a popular author and considering that her writing career was to last only a decade or so was prolific. She also wrote under various other names including; Elizabeth Louisa Beck, Eliza Louisa Moresby Beck and Lily Moresby Adams. Here we publish her collection of short stories The Ninth Vibration. Elizabeth Louisa Moresby died on January 3rd 1931 in Kyoto Japan.