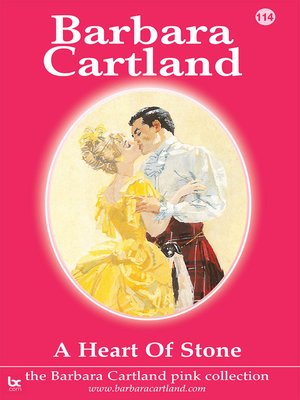 The beautiful Vanora is helping her uncle, Lord Blairmond the distinguished Statesman who lives in London, to write his autobiography, when she has an urgent call from her brother, Ewen, to return immediately to Scotland. He has just become Chieftain of the McKyle Clan and she wonders why he wants her. The McKyles have for years fought with the MacFiles whose Chieftain is the Earl of Glenfile. The Earl has also returned to Scotland because his father is dying and he has been tricked and deceived by two women he has been having affaires-de-coeur with in London He comes to the decision that he will never fall in love again and trusts no one. Vanora finds when she reaches Scotland that her brother wants her to steal back from the MacFiles the sacred Stone of the Clan McKyle, whose Chieftains have used it down the centuries when they accepted the allegiance of their Clansmen. Ewen has seen that the Earl is advertising for a librarian and thinks that is a good excuse to get his sister into Killdona Castle in disguise. When Vanora refuses to do what he wants, he threatens to have her exiled from the Clan which is something she contemplates in horror. Finally she goes to The Castle, which she finds very different to what she had expected. It is filled with the most marvellous treasures including books she had always longed to feel and read. She saves some of the Earl's greatest treasures from being stolen and finally as he is so handsome, she falls in love with him. She is certain that, when he knows who she is, he will never speak to her again and drive her away from his castle. How the McKyles get back their Stone and how the Earl and Vanora find real love is told in this exciting and unusual story by BARBARA CARTLAND.

Fiction Romance
114. a Heart of Stone
New here? Learn how to read digital books for free