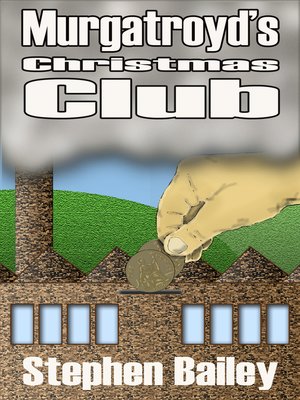 FictionHistorical FictionHumor (Fiction)
Skint! Broke! Pennyless! Hard-up!Willie Arkenthwaite, an ignorant, rude and terribly crude dyehouse worker in Murgatroyd's Mill is feeling a bit poor after his Christmas break and returns to work a troubled man. Not only does he have to put with the nagging mother-in-law at home, but he has a family (and pigeons) to look after and he fears next Christmas will be just as tight.Until one day this normally docile and inarticulate man does something he's never done before – he has an idea. Willie wants to start a Christmas savings club.So what does he know about running a club? Nothing.What does he know about setting up a committee? Nothing.Has he ever saved before? Definitely not.Luckily his best friend, Arthur Baxter, who has visions of grandeur, is a little bit more organised and is able to help Willie along and before he knows it, he's the Treasurer.What does he know about being a Treasurer? Nothing.So how on earth will this man be able to collect his wits about him and make next Christmas better for everyone? Well, with the help of his whimsical friends and workmates, a kind and generous mill boss and a eclectic local Yorkshire village community (and not forgetting his tolerant wife), he might just be able to pull it off although you can guarantee, where Willie's concerned, there's bound to be some mishaps on the way.
FictionHistorical FictionHumor (Fiction)

Tall, thin and handsome, well educated and extremely suave…well actually this is pure fantasy, just like his writing. In fact he’s short, fat, ugly and an educational failure (in his own words). Having spent his entire working life as an engineer ...

More about Stephen Bailey
Murgatroyd's Christmas Club
Copy and paste the code into your website.
New here? Learn how to read digital books for free