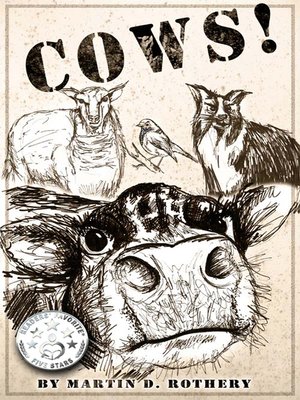 Juvenile FictionJuvenile Literature
Cows, trying to take over the world? How would they do such a thing? Well they have a plan, hundreds of years in the making, but humans aren't supposed to know. They've been fooling us for centuries.But let's put it this way, you may never look at milk the same way again and next time you see one you may appreciate they are not as dopey as they look.When the first wave of attack happens in the quiet, sleepy village of Golthwaite, set in the tranquil surrounding of the Yorkshire Dales, the villagers aren't even aware of what is happening.Not even our young, though slightly dim hero, Jimmy Tatley, knows what is going on but he must figure it out or we are all doomed.Luckily, his clever Canine companion, Flossy (a sheepdog who detests her trade) has been trained in covert operations by The Masters (the hidden guardians with some rather strange traits) and is there to aid her lifetime friend in his quest. Also, not to be forgotten is the heroic Avian spy, Adrian the Robin who shows that you can play a big part, however small you are.Throw in some zombie farmers, 'Cowsassins', breakdancing OAP's and 'Chase the Cheese' into the mix and you have to wonder what is going on this remote, yet strange, village."Not since Animal Farm by the legendary George Orwell have I seen such an entertaining and astute use of animals to portray the foibles of people. Martin D. Rothery has created a book that is both funny and philosophical in Cows!"Ray Simmons for Readers' Favorite
Juvenile FictionJuvenile Literature

Martin Rothery (AKA Damon Rathe) started creative writing in September 2008 after enrolling on a creative writing course at the local college wanting to develop his writing style and ideas and has never looked back since. By June 2009 he had joine...

More about Martin D Rothery
Cows!
Copy and paste the code into your website.
New here? Learn how to read digital books for free