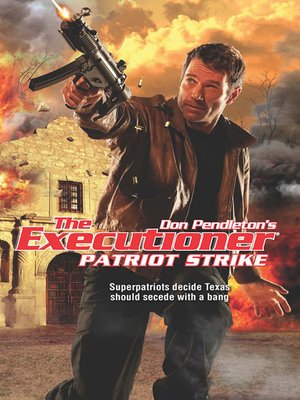 TEXAS BLAST 'EM After the murder of a Texas Ranger, Mack Bolan is called in to investigate. Working under the radar with the dead Ranger's sister, he quickly learns rumors of missing fissile material falling into the wrong hands are true-and the terrorists plotting to use the dirty bomb are die-hard Americans determined to remove Texas from the Union, no matter what the cost. Following a trail of cold bodies, Bolan finds himself always one step behind the oil tycoon funding the deadly plot and his New Texas Republic army. But as the countdown to D-day begins and millions of Texans are oblivious to the target on their backs, time is running out. The only option is to take the bait of the superpatriots and shut them down from the inside. You don't mess with Texas. Unless you're the Executioner.