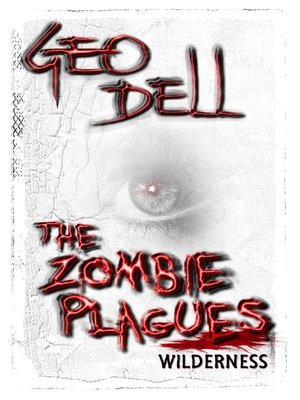 Donita and the boy
The fires burned bright, freshly banked for the night. She could not say what it was in fire that frightened her, but it did. It touched something deep inside, something that she could sense had not always been there. Like at one time she had embraced fire the same way the breathers did. Now it only frightened her.
Behind her, the boy whined, high pitched and frightened. The fire did the same thing to him. She turned and allowed a growl to slip from her cracked and peeling lips, and the boy quieted down immediately.
She looked back toward the fires. She should have gone already. She should have taken the boy and moved on. The breathers could mean death to both of them. The dog kept coming around. And now there was another dog. She could smell her.
But the breathers didn't usually hang around that long. Others had come and gone just as quickly. These should have been gone when the moon rose into the night sky, packed up and gone while she and the boy had been in twilight. But they were still there. Their terrible fires burning and sending their stink into the air, creating heat. Heat was an enemy of all things cold, she told herself. And she was a thing cold.
She stood, her legs flexing easily, something they did not do just a short time ago. Behind her, the boy stood also, soundlessly, and although she did not see him - hear him - she felt him. She knew he had stood, knew he was waiting for her to move, knew that he believed the entire world revolved around her. All this with no words, touches, conscious thoughts.
She looked off through the trees to the opposite side of the road, across from where the breathers were camped.
Her new eyes saw more than her old eyes had ever seen, though not precisely as she had seen with those other eyes. This sight was not suited to daylight. It could see - would see - in daylight, but not well. The lesser light of the moon was the light she needed.
She could see for more than a quarter mile clearly. But it was not just about the seeing. Smell, the feel of the air upon her skin, things that could not work the way they used to work, now worked with her eyes. She saw the scent on the wind. She perceived the movement of air across her skin with her eyes. She saw it. Her eyes were her windows to the world.
She saw the rabbits far across the field, past the other road, and rabbits were fine, but it was not the rabbits that had attracted her. It was the boy, not much older than the one behind her, that had caught her attention.
He carried rocks in a pouch, held a weapon in his hand as he stalked the rabbits.
He was alone. It was a thing that she knew. He was not a part of the breathers that were camped not far away. He was a loner, and he had managed to avoid the ones like her that must have scented him, followed him. She scented the air and drank in the information.
Alone... Hungry... Mistrustful. He stumbled, and the rabbits spooked. Before he could react, the rabbits were across the balding grass patches near the trees on the opposite side of the road and into the tall grass. She could feel them running through the grass. Tiny hearts beating fast, knocking against their rib cages. She tracked the boy at the same time. He had lunged for the tall grass and then had fallen back. His head came up, scenting the air the way breathers did, and she knew he had caught her scent, the same way any hunted animal did, even when they did not yet know they were hunted. It had been the reason he had stumbled and frightened the rabbits. She said nothing, simply flexed her leg and leapt into the tall grass, the boy behind her.
She was not there to see him stumble, but she...