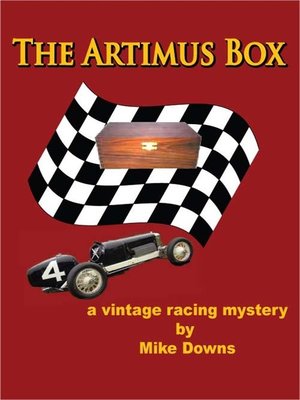 A skeletal arm protruding from the rubble of a seventy-year old building is an ominous warning of trouble for LAPD detective Van Taylor. Under the skeleton, the police find a box containing an encoding machine made by Artimus Designs. A bullet hole in the skull puts Van's retirement plans on hold.

Van thought this was going to be an easy case. When he wakes up in a hospital wondering why a motorcycle gang forced him off the road demanding the box, he realizes this case is more complicated than he thought. Trying to put the puzzle together, Van, aided by his wife Kathy, finds a fascinating world of early American racing. Harry Artimus was the genius behind the fastest racing cars of the 1920s and 30s. Together they learn Harry's brilliance at mechanical design led a Nazi agent to dupe him into designing a radical race car along with an encoding machine that would allow Germany to send unbreakable secret messages.

When the gang leader kidnaps Van's wife as ransom for the box, Van, half-crazy trying to save her, finds his closest friend has betrayed him. They are all after the box in which Artimus allegedly hid stolen blue diamonds. Van resorts to brutal force to save his wife, and solve the seventy-year old murder.