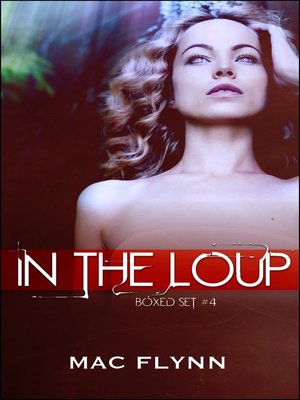 The day of the full moon arrives, and Stephanie finds herself both scared and excited. Her transformation will be complete, but Chuck speaks of complications during the process. Now she worries whether or not she'll make it through the change and have him waiting for her on the other side of a whole new life.

A night beneath the full moon in the arms of the one she loves, Stephanie feels at peace. Unfortunately the tranquility will be tested and their bond revealed when someone is sacrificed to make a point. Now the pair must decide what to do with this threat, and what to do with each other.

Stephanie and Chuck must defeat their adversary if they are to live a free life together. Such a task involves infiltrating the enemy's stronghold and surviving the countless guards loyal to their foe. Chuck has a plan to sneak inside, but Stephanie has only her doubts. If they fail, they both die.

Adversaries are overcome and minor problems are brushed underneath the rug as Chuck and Stephanie find themselves blissfully out of danger. They speak of many choices in their future and the pair must decide what is best not only for them, but for future offspring.

A seductress of sensual words and a lover of paranormal plots, Mac enjoys thrilling reads and writings filled with naughty fun and pleasures. She writes ebooks in the paranormal and romance categories and always enjoy a good chat with fans and rom...

More about Mac Flynn
In the Loup Boxed Set #4 (Werewolf Shifter Romance)
Copy and paste the code into your website.
New here? Learn how to read digital books for free