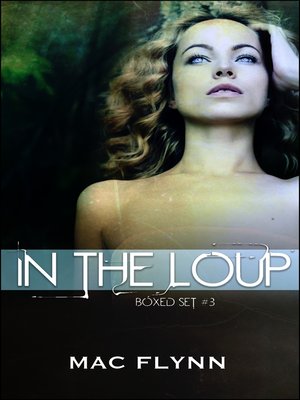 Folklore is more than just stories. They are carriers of ancient tales no longer believed and long forgotten. Stephanie finds herself a part of one of those old tales as she admits the truth to both herself and her partner.

Urgings of the Wolf:

The hunger lies just below the surface for Stephanie as she spends her days trying to distract herself with work. She can't help thinking about the coming full moon that arrives a mere day after the city conference. Troubles arise and enemies are revealed before she faces the demon within herself.

The power of the waxing moon takes its hold over Stephanie's mind and body. She can't deny the lust she feels for her partner, nor he for her. They consummate their love and find they have more in common than Stephanie had realized.

Chuck's promise is moved forward and the relationships are revealed to Stephanie. Now she must decide between the two paths given to her. Either to become fulfill her destiny and become part of the pack, or to follow her heart and remain with the man she loves.

A seductress of sensual words and a lover of paranormal plots, Mac enjoys thrilling reads and writings filled with naughty fun and pleasures. She writes ebooks in the paranormal and romance categories and always enjoy a good chat with fans and rom...

More about Mac Flynn
In the Loup Boxed Set #3 (Werewolf Shifter Romance)
Copy and paste the code into your website.
New here? Learn how to read digital books for free