ebook ∣ In the Loup 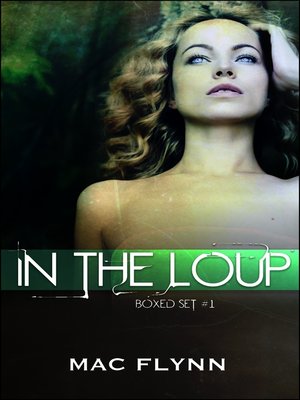 Shadow of the Wolf:

The moon is a harsh mistress for those with the curse. Only they understand the consequences when the full moon rises. Stephanie Yager slips into this world of struggle and seduction when she takes a wrong turn down destiny's path.

The journey home has a minor detour as Stephanie experiences some slight side effects from her run in with the beast. Secrets are kept and strange, urgent needs arise as she tries to understand what's happening to her.

Something's wrong with her, Stephanie can feel it. It's leading her emotions to go down a darker path as she returns home to her caring husband, and finds the veil before her eyes has started to change everything.

The incessant craving is almost too much for her to bear. Stephanie struggles to contain the need inside of her even as she finds herself in the center of feuding males intent on gaining her attentions.