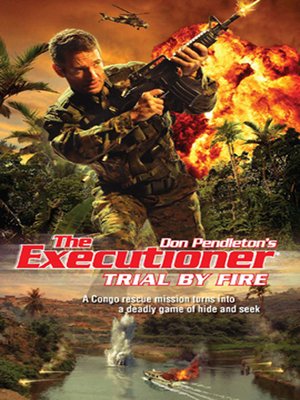 When a plane filled with American cadets is shot down in the Democratic Republic of the Congo, Mack Bolan is sent to find the group. But he isn't the only one looking for them. With terrorists tracking them through the jungle and ready to ambush them at every turn, the rescue mission becomes a dangerous game of escape. As the enemy seems to be gaining strength, Bolan and the cadets are running out of places to hide. The soldier knows they have no choice but to stop running and face the terrorists head-on. With a group of untrained cadets as his backup against an entire army, winning seems impossible. But the Executioner's primed for battle - and ready to teach everyone a lesson in jungle warfare.