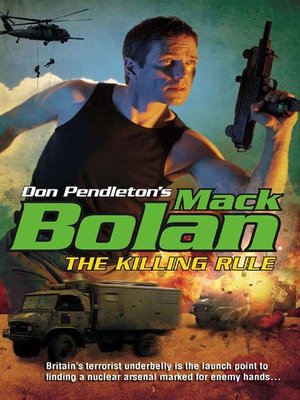 Demolition Charge The disappearance of two CIA agents in London plus intelligence chatter involving the IRA and access to weapons of mass destruction launch Bolan's hard probe in the British Isles. Suspecting the IRA link is the lesser part of something more far-reaching and sinister, Bolan recruits a renegade force to close in on a traitor high in the ranks of the British government—exposing a conspiracy involving stolen Russian nuclear submarine warheads and a death deal brokered with Iran. All that stands between a desert continent and a crippling blow to humanity is Bolan's sheer determination to take whatever action necessary to thwart a victory for terror.