The Memoirs of a Beautiful Boy 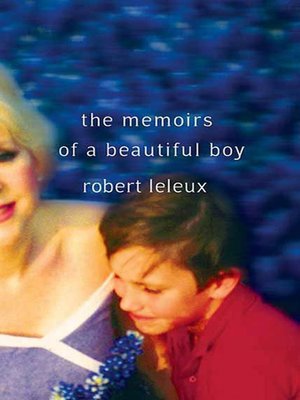 In the Dear John letter Daddy left for Mother and me, on a Saturday afternoon in early June 1996, on the inlaid Florentine table in the front entry of our house, which we found that night upon returning from a day spent in the crème-colored light of Neiman's, Daddy wrote that he was leaving us because Mother was crazy, and because she'd driven me crazy in a way that perfectly suited her own insanity.
In a memoir studded with delicious lines and unforgettable set pieces, Robert Leleux describes his East Texas boyhood and coming of age under the tutelage of his eccentric, bewigged, flamboyant, and knowing mother.
Left high and dry by Daddy and living on their in-laws' horse ranch in a white-pillared house they can't afford, Robert and Mother find themselves chronically low on cash. Soon they are forced into more modest quarters, and as a teenaged Robert watches with hilarity and horror, Mother begins a desperate regimen of makeovers, extreme plastic surgeries, and finally hairpiece epoxies—-all calculated to secure a new, wealthy husband.
Mother's strategy takes her, with Robert in tow, from the glamorous environs of the Neiman Marcus beauty salon to questionable surgery offices and finally to a storefront clinic on the wrong side of Houston. Meanwhile, Robert begins his own journey away from Mother and through the local theater's world of miscast hopefuls and thwarted ambitions—-and into a romance that surprises absolutely no one but himself.
Written with a warmth and a wicked sense of fun that lighten even the most awful circumstances, The Memoirs of a Beautiful Boy is a sparkling debut.