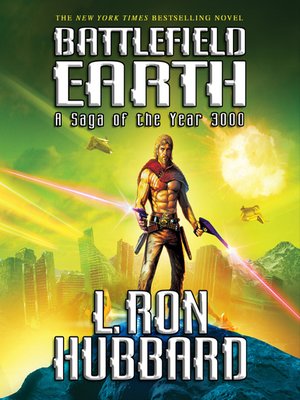 Earth has been dominated for one thousand years by the giant, gas-breathing invaders from the planet Psychlo. Now, at the bleak dawn of the fourth millennium, Jonnie Goodboy Tyler, one of the handful of human beings that have survived ten centuries of alien conquest and near annihilation, decides to bravely venture out of his dwindling, stricken community in the Rocky Mountains.

Initially captured and enslaved by Terl, the ruthless Psychlo Security Chief, Jonnie enlists the aid of a small band of tough Scots in a final, daring challenge to the invincible Psychlo power. At stake in the struggle: the future of Earth . . . and the Galaxy!

In this riveting audio version, L. Ron Hubbard's groundbreaking novel Battlefield Earth is given a dynamic and versatile portrayal that captures the epic and compelling action along with the unforgettable characters of a science fiction masterpiece.