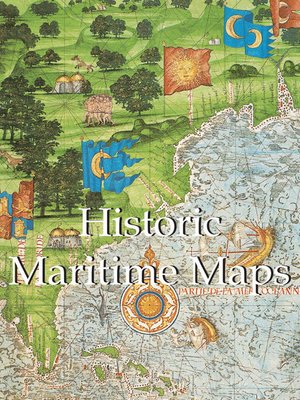 In the Middle Ages, navigation relied upon a delicate balance between art and science. Whilst respecting the customs and the precautions of their forbearers, sailors had to count on their knowledge of the stars, the winds, the currents, and even of migratory flights. They also used hand-painted maps, which, although certainly summary, were marvellously well-drawn. In following the saga of old sailors, from Eric Le Rouge to Robert Peary, Donald Wigal leads us in discovering the New World. This magnificent overview of maps dating from the 10th to the 18th centuries, often 'primitive' and sometimes difficult to understand, retraces the progress of cartography and shows the incredible courage of men who endeavoured to conquer the seas with tools whose geographical accuracy often left much to be desired.

Historic Maritime Maps
Copy and paste the code into your website.
New here? Learn how to read digital books for free