ebook ∣ A Tale of Murder and Archeology in the Holy Land 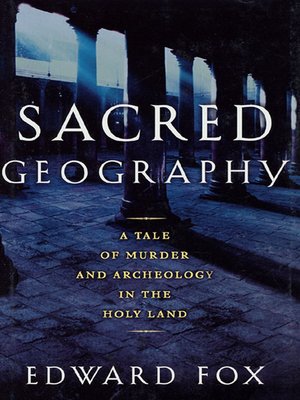 A compelling, true murder mystery, that unfolds in the astonishing world of Biblical archeology, a field rife with skullduggery and intrigue
Biblical archeology has for centuries been subject to the manipulations of adventurers, generals, and statesmen, all seeking to further their own aims. Now more than ever, digging into the land of the Bible is a weapon as two rival nations seek to prove their claims to its treasures.
The most recent casualty in this bloody tug-of-war is Albert Glock, a prominent American archeologist, shot dead in the West Bank in 1992, who devoted his life to helping Palestinian archeologists find evidence of their historic roots. Edward Fox investigates the puzzle of Glock's murder and its background in the explosive cultural politics of archeology in the Holy Land. Fox reveals the strange sub-discipline of biblical archeology—a field rich in obscure mystics, greedy opportunists, and religious charlatans. He pursues the various suspects in Glock's death—Islamic zealots, Jewish extremists, and rival archeologists—only to find himself caught in an expanding labyrinth of deceit.
A lively history and a riveting mystery, Sacred Geography is also the tragic story of a man who devoted himself to a cause that ultimately destroyed him.