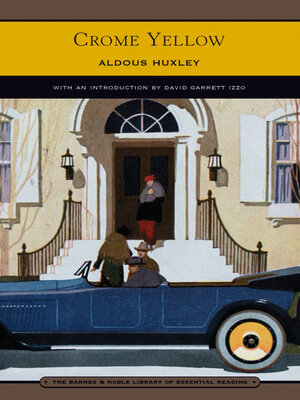 Since its initial publication in 1921, Aldous Huxley's Crome Yellow has delighted readers with its ironic wit aimed at a diverse carnival of pretentious British upper-class characters. Huxley's satiric novel exposes the social hypocrisy of a rigidly class-conscious British establishment that was trying to forget World War I had ever happened. His characters hide their insecurities behind masks of pseudo-intellectuality. Even the book's title, Crome Yellow, is a clever metaphor inferring the stark differences between appearance and reality.