The 2012 Nomination and the Future of the Republican Party 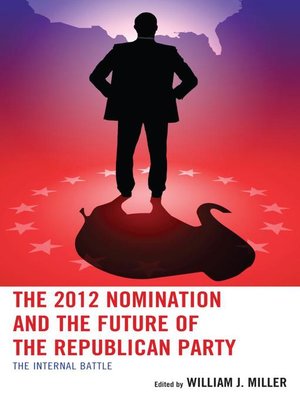 The 2012 Republican nomination process went on longer than most pundits predicted early on. While Mitt Romney began the season as the prohibitive favorite, he was tested repeatedly by what was seemingly the Republican flavor of the week (including Michele Bachmann, Herman Cain, Rick Perry, Newt Gingrich, and Rick Santorum). The sheer number of candidates who were viewed as legitimate contenders demonstrate the fundamental concern facing Republicans moving forward: a fractured party. The pro-business, Tea Party, and evangelical Christian wings disagreed in 2010 on who would provide the best alternative to Democratic President Barack Obama and as a result created a crippling nomination period. By the time Romney was able to claim victory, he was severely wounded after countless attacks from his fellow Republicans. To this internal discontent, we can also add the changing national demographics that could lead to electoral problems for Republicans in their own right. Consider that Mitt Romney did better with older, white male voters than John McCain had. Unfortunately, the share of the national vote for this demographic decreased from 2008 to 2012. As Rand Paul stated recently, the time has come for Republicans to reach out to individuals who do not fit the stereotyped Republican image if they have any hope of being successful. In this volume, we assess how the 2012 GOP nomination cycle is indicative of just how the Republican Party has become in the words of pundit Cuck Warren a "Mad Men Party in a Modern Family World."