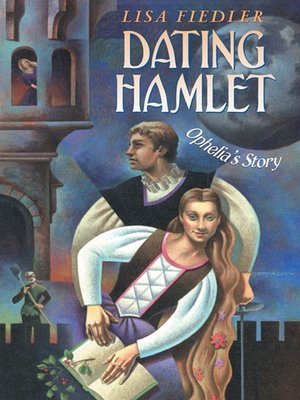 Ophelia lives to tell the tale of what happened at Elsinore

"The nights at Elsinore are longer than anywhere else.

I have stayed awake these many weeks, which has aided me greatly in my portrayal of one who has gone daft. For my skin is pale as fresh daisy petals, and my eyes sink inward, rimmed by bruise-like swells of purple. The servants and courtiers whisper that surely, Ophelia . . . most beautified Ophelia . . . has lost touch."

It isn't easy dating a prince, especially when that prince is Hamlet. It could easily drive a young girl to madness, or so it would seem.

Since the death of his father, Ophelia's beloved Hamlet has descended into a deep depression. To make matters worse, the Danish court is filled with lies and deceit. Was Hamlet's father murdered by King Claudius? Is Polonius truly the father of Laertes? Who can be trusted as a friend? And who is to be feared as an enemy? It is up to clever Ophelia, with the help of her friends, to find a way to save her prince and herself. Only then can she finally reveal the truth about what really happened in the famed castle at Elsinore.

With Shakespeare's classic play as a frame, Lisa Fiedler gives voice to Ophelia in a gripping novel full of romance, ghosts, and a touch of alchemy.

Lisa Fiedler is the author of a number of popular young adult novels, including two retellings of a Shakespearean story from the female point of view, Dating Hamlet and Romeo's Ex. She lives in Connecticut with her family.

More about Lisa Fiedler
Dating Hamlet
Copy and paste the code into your website.
New here? Learn how to read digital books for free