Notes from a Liar and Her Dog 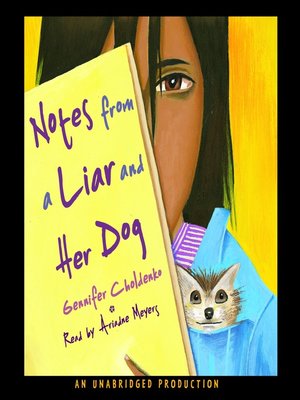 For Antonia MacPherson, lying is a way of life. If it weren't for her best friend, Harrison, and a tiny ball of fluff named Pistachio, she would be miserable. No matter what she does, her mother thinks she's wrong. Her younger sister, Katherine the Great, takes notes on Ant's misbehaviors, which she keeps in a spiral notebook for their parents. Her older sister, Your Highness Elizabeth, says Ant is in training to be a juvenile delinquent, Harrison smells like a salami sandwich, and Pistachio should be put out of his misery. With all those royal opinions, who's going to listen to an Ant? But when a teacher takes Ant under her wing, Ant's way of life may have to change. Just Carol likes the truth. And she won't take anything less.