The Town Mouse and the Spartan House 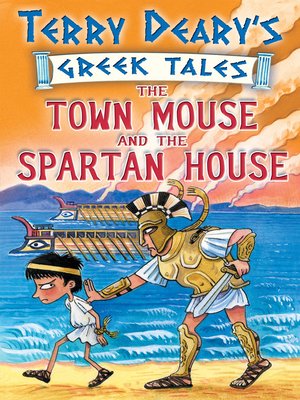 430 BC. Darius has been orphaned by the plague in Athens. To escape the sickness he runs off to join his Uncle Alcmaeon who is a general with the Spartan army. But he finds the Spartan way of life quite shocking. To the arrogant and ruthless Spartans, he is as worthless as a mouse. Then his uncle falls sick and only Darius can find a cure. Now Darius is a hero and his uncle offers him a life of luxury in Sparta. Still Darius finds the brutal Sparta too much and wants to go back to plague-stricken Athens. As Aesop said, 'Better beans and bacon in peace than cakes and ale in fear.'

Juvenile Fiction
The Town Mouse and the Spartan House
New here? Learn how to read digital books for free