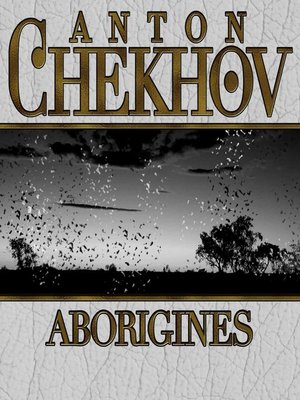 Ivan Lyashkevsky, a Polish lieutenant who suffered a head injury, spends a large amount of time grumbling about the native people of the town he's living in. He thinks them to be lazy and useless and is quick to express his views. On this particular day, he is visiting with his friend Franz Finks and studying his native landlord out the window. Lyashkevsky grows more and more angry with the natives as he discusses their flaws with Finks throughout the entire day, and simple Finks takes all his complaints in stride. By that night, Lyashkevsky has discovered even more people and things to be disgruntled with, not realizing that he embodies much of what he has come to dislike so strongly. Anton Chekhov (1860-1904) was a Russian writer and playwright, considered by many to be one of the best writers of short stories in the history of literature. Chekhov was also a successful physician, but writing was his true passion. He was quoted as saying "Medicine is my lawful wife and literature is my mistress."