Percy Jackson and the Battle of the Labyrinth (Book 4) 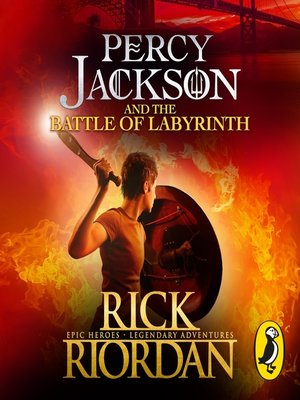 Brought to you by Puffin.
Coming soon to Disney+!
Half boy. Half God. ALL Hero.
Being the son of a Greek God, nothing in my life has been straightforward. Or monster-free.
And it looks like that's not going to change anytime soon now that my arch enemy Luke wants to invade Camp Half-Blood via an ancient labyrinth.
If he succeeds, thousands of bloodthirsty monsters will attack. So it's goodbye sunshine, hello darkness as four of us descend into the terrifying underground and beyond . . .
WHAT TO EXPECT FROM PERCY JACKSON:
· Monsters
· Greek Gods
· Laughs (and terrified screams)
Rick Riordan has now sold an incredible 60 million copies of his books worldwide.
'This is the stuff of legends' - The Guardian
©2008 Rick Riordan (P)2010 Penguin Audio